By Michelle Newbanks, Staff Reporter – The Marietta Times |May 12, 2020 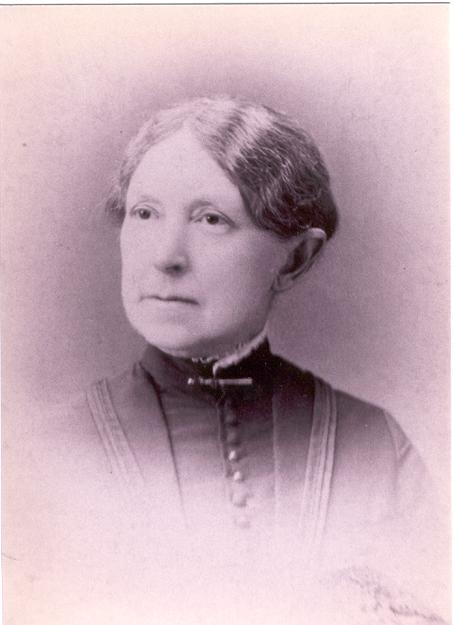 Washington County was a long way from the battlefields of World War I, but local women were determined to make a difference.

After the U.S. entered the war in April 1917, Marietta’s chapter of the American Red Cross grew by 2,604 members in 30 days, said Kyle Yoho, education director at The Castle Museum. One of those women was Jessie Davis Lindsay. Lindsay was the last homeowner of The Castle.

She lived there with her mother, Lucy Nye Davis, and they were both involved in the war effort. 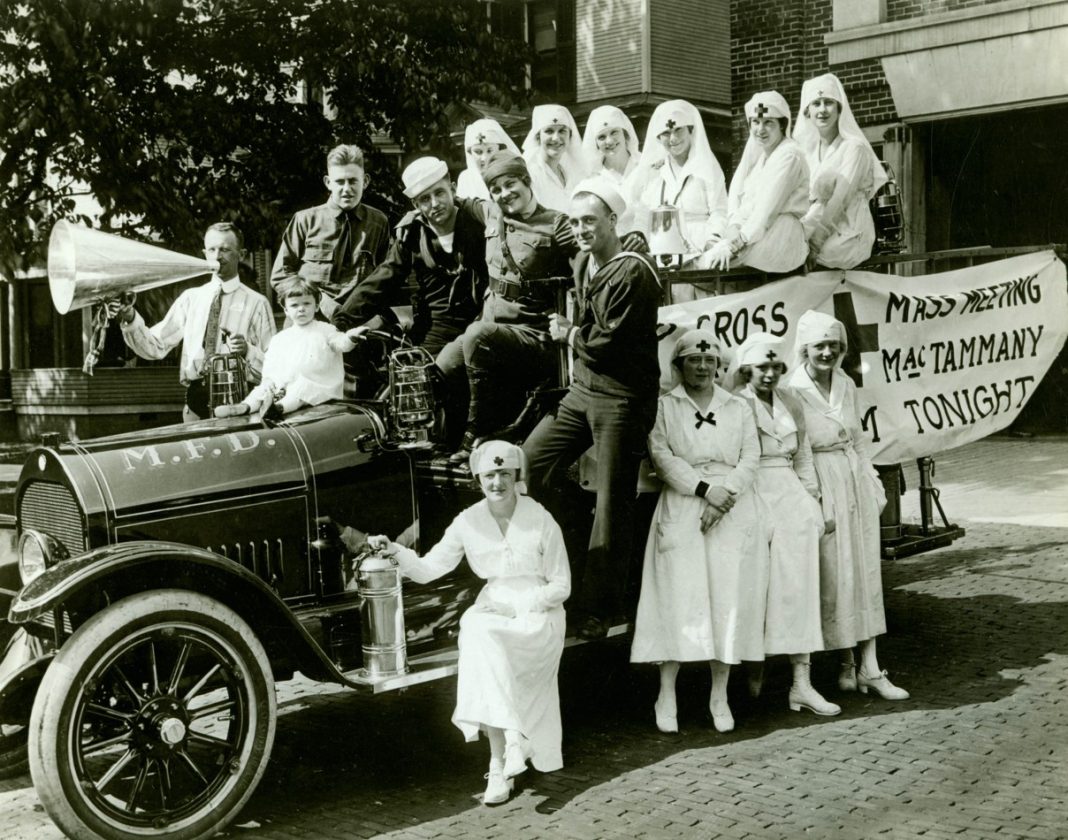 “Jessie served on the first aid committee and enrolled 116 people into classes that were going on. There were five classes. If you signed up for a class, you made a commitment to attend at least 50 lectures by doctors,” he added. Lindsay was in her early 40s when she served on the committees.

When the U.S. got involved in the war, a patriotic fervor took place, Yoho noted.

“It became a part of a class system in a way. To become a part of it, you were a well-to-do person in the community and had an opulent home,” he explained. “You were expected to serve in the auxiliary service. If you didn’t sign up, there was gossip going on that you didn’t support the war and you weren’t as civic minded.”

At the time, the Red Cross met in the gymnasium of the Armory on Front Street, where they did their work, including making socks, bandages and surgical dressings.

Local historian Jane Young is involved at The Castle as a volunteer and has researched the local Red Cross activities.

“Mary Coar’s husband, Henry, was a professor at Marietta College and was chairman within the Red Cross for those making bandages,” she said. “The Red Cross was sending surgical dressings to Army hospitals overseas.”

She said the dressings were sent to France for sterilization and use. Hospital gowns, socks and sweaters were also made for soldiers, while clothes were made for refugee children in France.

“Between April 1917 and June 1919 is when the Marietta work room was open,” Young said. “The Washington County Red Cross had chapters in Belpre, Lowell and Beverly.”

Young said in a little more than two years, the total number of supplies made was 217,432, including 90,000 gauze sponges.

“Ladies knitted 2,222 sweaters to send to France for soldiers and nurses, and 5,847 pairs of socks,” she added.

There were drives to get people to join the Red Cross at $1 per year. It started in Washington County in April 1917 and by 1919, there were 15,000 members in the county, which was a third of the population.

Along with making goods to send overseas, there was a home service, where men and women would visit families of the service men to check on their health and welfare.

“History has it that during the flu epidemic in October 1918, the Red Cross had an emergency hospital in the Delta Epsilon fraternity house because there were so many sick,” Young said. “There were 30 patients there and it was open for three weeks.”

“During that time, they had to graduate and there was a three-year program for graduate nurses,” Young explained. “You took a special test and applied to be a Red Cross nurse, and you had to have work references. If you qualified, you were put on a list of nurses who fit the criteria and you waited to be called up.”

The nurses who were called up went for training and were shipped to France and England.

“Once they were in the service, they became Army nurses. There were several from Washington County,” she said.

One was Ella Hoff, who was sent to Vienna, Austria. Alice Young was from New Matamoras and was recruited as a Red Cross nurse. She was in her late 30s when she went to Camp Greene in North Carolina. In October 1918, she got sick with pneumonia and died at the camp, Young said. She is buried in New Matamoras.

“Nelle Cleary lived on the westside,” she added. “She got trained at St. Joseph’s Hospital in Parkersburg and worked there. She applied to the Red Cross and was sent to Camp Stuart in Newport News, Va. She was one of the first nurses there.”

Cleary saw soldiers who embarked on ships for Europe and disembarked when they returned home.

“She saw 2,500 cases of flu in the hospital in 1918 when soldiers were coming back,” Young said. “She worked again at St. Joseph’s for 50 years and was a Red Cross volunteer.”

• The American Red Cross opened a chapter in Marietta in April 1917.

•The chapter met in the gymnasium of the Armory, where they made bandages, surgical dressings and hospital gowns for soldiers during World War I.

•Clothes were also made for refugee children during the war.

Your ticket for the: “Local women made a difference in World War I” Marietta Times Article